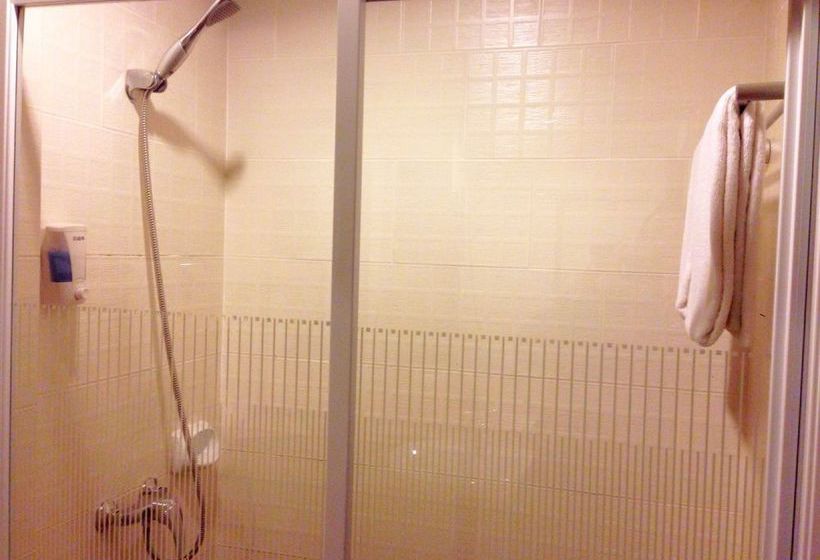 You'll be centrally located in Bandar Seri Begawan with a stay at Palm Garden Hotel Brunei, minutes from Jame'Asr Hassanil Bolkiah Mosque and The Mall. This hotel is within close proximity of Royal Regalia Museum and Sultan Omar Ali Saifuddien Mosque. Pamper yourself with a visit to the spa, which offers massages and body treatments. You're sure to appreciate the recreational amenities, including a health club, an outdoor pool, and a fitness center. Additional features include complimentary wireless Internet access, concierge services, and a hair salon. Getting to nearby attractions is a breeze with the complimentary area shuttle. Featured amenities include complimentary newspapers in the lobby, dry cleaning/laundry services, and a 24-hour front desk. A shuttle from the airport to the hotel is complimentary (available on request). Make yourself at home in one of the 40 air-conditioned rooms featuring minibars and flat-screen televisions. Complimentary wired and wireless Internet access keeps you connected, and cable programming provides entertainment. Private bathrooms with showers feature complimentary toiletries and hair dryers. Conveniences include phones, as well as safes and coffee/tea makers.

This hotel has no reviews. Would you like to add your own review?

Nearby points of interest